Disentangling the effects of Brexit on UK office markets in the second year of a global pandemic has proved something of a challenge to analysts. Figures from CBRE suggest that around £4.1 billion was spent on London offices in H1 2021, with £3 billion of that alone coming in Q2 as the vaccine roll-out sped up and confidence increased. However, this remains well below the 10-year average spend for the first half of £6.5 billion. With Covid-19 having a radical impact on how offices are used, many would-be investors are anecdotally in “wait-and-see” mode as they observe occupiers’ evolving plans. But one thing is clear: global investment capital is in an exuberant mood, and whether or not the Brexit fall-out is still to be felt, the wall of money seeking a home continues to believe in London offices.

“Around 25 percent of all US dollars in circulation right now were printed last year, not to mention all the other OECD countries printing money,” notes Nick Braybrook, Head of London Capital Markets at Knight Frank. “As in the wake of the Global Financial Crisis, massive amounts of money are being pumped into the system, which is having an effect on the demand for assets and of course asset prices.” With real estate remaining a favoured investment track, even if some funds are enticed by on-trend investment theses such as logistics and living segment assets, for Braybrook, UK offices post-Brexit retain their charm.

“London is seen as a strong market, and office yields here were already heavily discounted due to Brexit and election uncertainty before the pandemic struck,” he says. “Yields had gone out as far as 4 percent, with cities like Paris in the mid-twos. On all those metrics, London remains a stand-out market – even in a moment when the post-pandemic future of the office is under scrutiny.” The tight development pipeline in the UK capital, like many markets, is also assisting landlords, suggests Mark Callender, Head of Real Estate Research at Schroders. “The low level of new office building in the UK should prevent a repeat of the GFC, when office rents fell by 17 percent,” he confirms.

Furthermore, examining recent transaction data only tells half the story. With many Asian funds blocked by travel restrictions in the last 12 months, the most active investors in UK offices have been domestic players and closer-to-home overseas buyers. Like its German peers, Union Investment has made a recent play in the market with a deal for the future British Telecom headquarters in London’s Aldgate district. Why this asset, and why now? 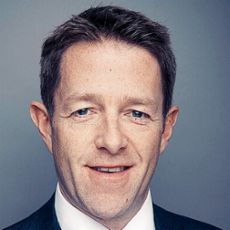 In terms of rental growth, the market has already recovered from the slightly softer pandemic rents, and signing incentives have all but vanished.

“Despite the uncertainties associated with Brexit, we are convinced that London will continue to be attractive as an international metropolis and financial centre for companies from the banking and consulting sectors as well as the TMT sector and the creative industry,” says Union Investment’s CIO, Martin J. Brühl. “Fundamental characteristics, such as a large job market with many young and well-trained workers, a reliable legal system, professionalism and transparency, will remain of great importance for the UK and London as a location even after Brexit. The ‘mass exodus’ of jobs initially forecast has so far failed to materialise. In addition, long lease terms and the mostly fully recoverable leases are an advantage for investors.” He adds: “The timing of Transaction 1 Braham was very good for us, as the property was not widely marketed and, due to the pandemic, the investor field was less deep than usual for a property with corresponding features. We didn’t have to prove ourselves in a bidding process, but were able to successfully acquire and close the ‘off-market’ deal.”

Union Investment is no stranger to London, having consistently invested in the UK since the 2016 referendum across a range of asset classes, such as hotels and offices. The firm has also now ploughed some €500 million into the country since the beginning of the pandemic. Indeed, the investor is so convinced by the market that it now plans to establish a London presence. Says Brühl: “We are currently in the process of clarifying all the regulatory and organisational issues around setting up a local hub in London. Furthermore, we are already in talks with HR consultancies to assist us in recruiting local experts.

“We also want to expand our track record in the core-plus and value-add segment across various asset classes, which is only possible if we implement a correspondingly local, integrated and connected organisational structure for acquisitions as well as for managing existing holdings and development projects. “We already have assets under management of around €4.3 billion in the UK and Ireland, which we would like to expand via our local hub in line with our growth strategy.

A resurgence of investor interest is apparent

Apart from German buyers, Italian and French players have also been active in the market, while US funds are showing signs of investing again. Kennedy Wilson recently pounced on One Embassy Gardens in London’s Nine Elms for €212 million, a deal representing £1,140 per square foot and a cap rate of 4.5 percent. Mike Pegler, head of UK for Kennedy Wilson, said that the location’s fundamentals underlined London’s strength in depth, foreseeing rents in that area eventually “converging to levels similar to other Central London sub-markets”.

But it’s the gradual return of Asian money which really signals that London offices are back in business. Singapore’s Suntec REIT inked a £353 million (€411 million) deal for a prime London office property, The Minster Building, at the end of June, taking advantage of its UK platform; the likes of Wing Tai and a raft of Korean investors have successfully partnered with third party advisors to close deals remotely.

Limited supply means that yields are already under pressure

In terms of investor targets, Braybrook notes: “The market is quite polarised between value-add and core income-producing assets – making both types in short supply. Yields are already under downward pressure, and will continue to shrink, as the travel restrictions ease and liquidity increases. In terms of rental growth, the market has already recovered from the slightly softer pandemic rents, and signing incentives have all but vanished.” Flexible offices continue to appeal, with the concept providing a stopgap in both bullish and dovish times. Their  steady rise may help support the emergence of more regional office targets, as occupiers consider a spoke-and-hub model to suit location-flexible workers. However, Braybrook believes that regional UK office markets are in defensive mode right now, while London is tipped for a stellar future. “Once commerciality returns to the market and health concerns are less dominant, employers will realise that you can steal a competitive advantage by having workers face to face. On top of that, the appeal of working in Central London – with all its amenities – is evergreen. It may take a bit of time, but I think we will soon realise once again why offices were created in the first place.”

While Brexit may still have consequences, office investors are more focused on the pandemic’s effects, suggests London expert Ross Blair.

Has the office property market changed due to Brexit?

The one positive of the pandemic is that people talk less about Brexit. Covid-19 has been on the agenda for 18 months now, and the investors we talk to are more focused on the future of the office post-Covid. The trickle of negative Brexit headlines in the background continues, and even as a passionate London office supporter I can’t deny that Brexit has had a negative effect. However, on balance I don’t think it’s anything like as bad as people imagined. It’s clear that some office users have given up space due to Brexit, but those outflows have been pretty limited overall. I read that some 8,000 financial services jobs were lost in London as a direct result of Brexit, equivalent to perhaps 800,000 square feet of office space if you assume a “typical” office density. Out of central London’s total office stock of 200 million square feet of space, that’s not a lot. And that’s completely ignoring tech firms, which have expanded rapidly in that time frame. That’s probably why rents and capital values have held up so well.

How are investors responding?

I have personally seen a surprisingly consistent pack of investors round the table looking to bid, even if Asian funds have often been absent over the last 18 months due to travel restrictions. However, overseas investors who have local offices, or can fly in, have been active. We expect to see a resurgence of bids from Asian funds as travel opens up.

Have investors cashed in with exits?

Not really, primarily because few sales were launched in the last 12 months due to the buyer audience being absent. Some larger investors have been diversifying out of central London, such as Blackstone and Oxford Properties, but probably due to investments reaching the end of the business plan. I do think we’ll see a lot more assets being launched to the market later this year, that are really just pent-up sales.

Are there new barriers for investors?

Not that I’m aware of. Our own funds are generally Luxembourg-based, and I don’t see any difference. When Brexit uncertainty was at its peak, currency fluctuation was a key topic, prompting investors to think about deal timing. Another ongoing topic is what Brexit really means to the financial industry in the UK. That is not yet fully clear and may still evolve further.

What risks remain in the London office market?

While Brexit hasn’t completely gone away, as a developer, a key concern going forward will be construction costs. This will also impact investors and occupiers as unless land values correct, rents will need to increase.

The general consensus is that the best buildings will outperform. Even if rental growth isn’t there yet, exceptional assets will continue to attract prime rents, while secondary products will fall off.