Market analysts have been noticing it for a while now. Take Jan Linsin, who has been Head of Research Northern Cluster at the real estate services firm Cushman & Wakefield since April 2018. Back in early 2017 – still in his capacity as Head of Research Germany for international real estate adviser CBRE – the expert observed “a rising risk appetite among investors” and predicted that this would “increase further given the scarcity of products in the core segment.” His argument: the “immense need for investment” can be covered only “if more management-intensive properties whose value can be increased with the appropriate market know how are also acquired.”

“Value-add” is the term used by people in the industry for an investment of this kind, i.e. one made with the intention to increase the value of the real estate acquired. But that definition doesn’t hit the nail right on the head. After all, when investors buy what is known as a core property – in other words, a property in a good location in a popular area which is fully let for the long term under the best possible conditions – they also assume that the value of their investment will increase over the long term.

In contrast, the purpose of a value-add investment is to increase value over a much shorter period. Zoltan Szelyes, Head of Global Real Estate Research at Credit Suisse, assumes that most properties will be held for four to ten years. A rather short time, especially since core investments are – in theory – intended to be held indefinitely. 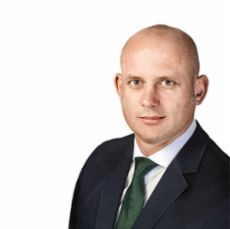 The focus of transactions is shifting from core properties to products with the potential to add value.

The potential value of undervalued properties and real estate markets, meaning those whose potential has not been fully tapped, can be increased relatively quickly. This is usually assumed to be the case when an office, retail or mixed-use property generates lower yields than it should or could. The most common reason is that the condition of the property no longer meets users’ expectations, so space is not being let (or no longer being let) or rents cannot be brought up to the current market level.

Obviously the risks that a value-add investor faces in both cases should not be underestimated. Political and economic imponderables – which have increased rather than decreased over the past few years – complicate investments in undervalued markets. And heavy investments in refurbishment, modernisation and repositioning of a property are generally needed. With all the diligence and expertise in the world, it is impossible to know in advance whether this will ultimately pay off as hoped – or fast enough.

And even if asset managers are successful at bringing their properties up to snuff for the market and for tenants, finding a buyer at the planned time and at the planned price is certainly not a given. Success depends on both macroeconomic and microeconomic factors in the real estate market. In the present situation, for example, on the future monetary policy environment.

Due to the announced departure from the loose monetary policy of the ECB – not least due to rising inflation in the euro zone to the target of close to 2 percent – economists think interest rates and bond yields could start to rise in 2019. The consequences of this would be felt by the real estate markets after some delay, namely when alternatives to investing in real estate become more attractive for investors again.

Microfactors specific to real estate, such as the projected competing offers at the location in question at the time a sale is intended, are more predictable for investors. When the number of projects that are planned or already being built remains straightforward, exit scenarios involve calculable risks. And in good, established locations, the risk of a sale falling flat are probably lower than for peripheral locations.

Risk and yield are known to work in tandem, so value-add investors expect returns on their commitments that are much higher than those from core investments. “In the best-case scenario, equity will double in five years,” says investment expert Dominik K. Maurer of Savills Germany. However, the best-case scenario also means that at least 65 percent of financing for the investment comes from outside sources. That is higher than the 40 to 60 percent that Credit Suisse manager Szelyes considers typical of value-add investments.

Investors not afraid to take chances

Given the ongoing low returns on core investments, which many institutional investors mostly pay for with equity due to the high pressure on them to invest, it is understandable and appropriate that conservative investors are also becoming more open to value-add investments. At least that is what Peter Hensby, a manager at real estate consulting firm JLL in London, has observed. He is Head of European Office Capital Markets with responsibility for investment clients in the markets of Europe, the Middle East and Africa (EMEA) and has noted a clear trend among his investors to look to increase their risk exposure seeking higher returns from their real estate investments.

The conclusions of the most recent Inrev survey of investors back him up. The European Association for Investors in Non-Listed Real Estate (Inrev) regularly polls investment managers about their investment intentions. In the current study, published in early 2018, almost 57 percent of respondents stated that they plan more value-add investments in the medium term.

Only about 53 percent had the same intention for core properties. Peter Hensby thinks this preference is justified, citing robust European economic growth and a fundamentally sound economic situation for real estate. In that regard, institutional investors are well aware of the risks. They are “unlikely to compromise on asset quality and location,” remarks Hensby, adding that they will “look to focus on funding developments/refurbishments in central locations rather than moving to new geographies to search for yield.”

are planning investments in core properties.

Munich is a good example of what this means in concrete terms. It is the capital of Bavaria, and its investment market has profited from a good real estate economy for years now, while investors are also encouraged by the demand for lettable space in virtually every asset class due to the strength of the companies based in Munich, low unemployment and strong purchasing power.

Another factor is that there is relatively little building activity in the commercial sector, particularly the office market. In light of all this, it’s no surprise to Andreas Eichwald, Team Leader Office Investment Munich at JLL, that seven out of the ten largest individual transactions in the German commercial investment market during the first quarter of 2018 were in Munich.

But it is astonishing that this actually included two value-add transactions. First, Credit Suisse Asset Management Global Real Estate bought the Correo Quartier near Munich’s main train station. The ensemble, more than 45,000 square metres in size, features shops, food and dining on the ground floor and offices on the upper floors. It was built for Deutsche Postbank in 1992 and is still used by that lending institution, now owned by Deutsche Bank. The real estate asset management subsidiary of the major Swiss bank has not yet determined what will become of the ensemble, but is convinced of the merits of its position directly by the main train station. “Given the dimension of the property, it offers enormous potential,” says Karl-Josef Schneiders of Credit Suisse Asset Management Global Real Estate, who also referred to the positive market trend in Germany and Munich. He also considers it “optimal” that Postbank, the seller of the property, will initially be renting back space.

This will “allow us to carefully plan and prepare the implementation of our refurbishment and development concept.” The second Munich value-add investment during the first quarter was by Infrared Capital Partners. The company acquired the East Side Offices property, which was up for revitalisation, from Blackstone subsidiary Office First. By all accounts, the purchase price for 63,000 square metres of rental space, half of which is used by Siemens, was around €235 million – not including modernisation costs, which have not yet been determined.

Peter Tomas, Head of Investment Munich at CBRE, is a proponent: “The focus of transactions will increasingly shift from core properties to products with the potential to add value.” Savills real estate investment expert Dominik K. Maurer primarily expects growing demand for logistics spaces, industrial properties and hotels. “Those segments offer particular potential for initial yields.” But he also has a warning for value-add newbies: given the major risks involved, they should “primarily use their investments to diversify their portfolio, not as an alternative.”

Insurance giant Allianz chose the path of indirect investment a few months ago. Through its investment arm Allianz Real Estate, Allianz put €100 million into Hines European Value Fund, saying it hoped to expand its access to value-add investments on the pan-European level. As its first investment, the fund acquired Stuttgarter Tor, a 15,000-square-meter office complex of four buildings in the Feuerbach district of Stuttgart, capital of the German state of Baden-Württemberg. Three of the buildings are fully let, while the fourth is vacant. The likely volume of the investment was €50 million.

The fund has invested more than twice that amount in Copenhagen, acquiring a mixed-use property on the pedestrian shopping street Købmagergade in the centre of the Danish capital for the equivalent of €113 million. The historic building is slated to be repurposed into a mixed-use property featuring luxury retail space, a hotel and apartments.