They have a different mindset”, says Thomas Beyerle, describing today’s student generation. Hanging out, partying, and juggling a dozen part-time jobs – the typical student life of yesteryear – is something many of today’s students have only heard about. “Anyone who goes to university these days is well organized and oriented to efficiency and wants to – or has to – achieve goals fast”, says the Managing Director at Catella Property Valuation.  An entire industry is profiting from this change in mentality and the “university for everyone wave”. Private halls of residence for students are one way the international real estate industry is responding to changes in what today’s students want from their temporary homes. They must be small and centrally located, but also be fully equipped, have good access to public transport and if possible offer services such as cleaning, a gym, and car sharing.

But people other than students want this kind of living arrangement, too. “These types of housing are also a response to the high rents in cities”, says Matthias Pink, Head of Research Germany at the property consultants Savills. “Home sizes in those areas have been forced to shrink, and this increasingly applies to target groups other than students”, including commuters, young professionals, and expats. The digitisation of everyday life is making it possible for people to live in smaller spaces, which increases demand for micro-apartments – particularly in densely populated areas all over the world. “Tablets are replacing PCs and even television sets. Streaming services on tablets are making DVD and CD collections obsolete. Libraries are moving to e‑readers, and the smartphone is the Swiss Army Knife of the digital age”, says Pink, explaining the downsizing of living space.

The distinctions between the various types of accommodation in small spaces are not rigid. “Student housing” generally refers to accommodation reserved exclusively for students. It can be privately initiated or run by a university or student organization, and also includes rooms in shared flats. In contrast, micro-apartments are additionally for first-jobbers, weekly commuters, and other people who need furnished accommodation for a limited time. Temporary accommodation also includes options such as serviced apartments, apartment hotels, and serviced residences. That initially made it hard to get a sense of direction in this market segment.

The Apartmentservice initiative has made things more transparent by developing a system for classifying the different concepts from both the residential and non-residential segments. The system was presented as a charter for the definition of the serviced apartment industry and is based on three features: size of apartment (standard unit), level of service, and length of stay. Micro-living or student housing falls under the residential category and includes furnished or partially furnished units up to 25 square meters in size which are generally taken for a six-month stay and may include services offered by a cooperation partner. The classification is helpful, but in Germany the fact that VAT is chargeable on certain types of rental arrangements for small apartments must be taken into account. 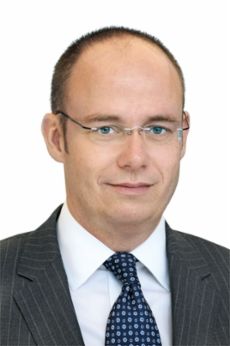 Investors should always take a critical view when choosing locations and concepts. Not every idea will turn out to be a success.

It’s safe to say that demand for small-sized accommodation remains high in Europe, and the leap from niche product to asset class that must be taken seriously was made long ago. This is confirmed by Alejandro Obermeyer, head of Investment Management Germany, Switzerland, and Austria, at Union Investment Real Estate GmbH, who cites the German market as an example: “An increasing transaction volume and rising demand for micro-living products in Germany among international investors make this asset class increasingly attractive for institutional investors”. According to calculations by Catella, €5.9 billion was spent on student housing in the European market in 2016 alone. The biggest deal in 2016 was the sale of a package of 6,484 apartments that Liberty Living acquired from Blackstone for some €540 million. The pace continues unabated, as the property consultants Savills report for Germany. Student housing properties worth €218 million changed hands during the first quarter of 2017, a 50 percent increase from the same period during the previous year. “The one-billion-euro limit may be crossed in Germany for the first time in 2017”, says Savills analyst Matthias Pink. He adds that investors should remember how important university rankings and the availability of degree courses in English are for millennials when choosing a location. After all, 12.8 percent of students registered at German universities have an international background. Horst Lieder, chairman of the board of International Campus (IC), which specialises in the micro-living concept, explains what this means for project developers and investors: “The target group for housing of this kind is very homogeneous, no matter how international they are”. His company develops and operates residences for students and first-jobbers, and also holds this type of accommodation in its own fund. “All of these people have a top-notch education, all of them speak English, and they can ultimately live and work anywhere in the world”.

High standards for location, furniture and fittings, and services are a must, given this demanding clientele, says Lieder. The residences under the IC brand The Fizz therefore feature study, music, and billiard rooms; fitness suites; rooftop terraces; and TV areas. IC is currently invested in Germany (16 buildings), the Netherlands (six buildings), and Austria (one building). The pipeline for all three countries is nicely filled, and the target is to have at least 15,000 apartments by 2020. The company is currently building or operating 2,250 apartments under its The Fizz brand and acquired a project development operation in Vienna early this year. Horst Lieder can imagine Switzerland and Denmark as future target markets, too. There’s a good reason for that: the number of students continues to grow, and demand for housing in most European cities cannot be met by either the private housing market or student organizations. Martin Hantel, managing director of Benchmark Real Estate Development, reports that the demand for rooms is so great in some cities that halls of residence are let to students in term time only and operate as hotels in the university holidays. But that kind of productivity per unit area doesn’t make investors’ hearts sing so much in every university town, and the rent barometer isn’t stuck on “fair weather” everywhere, either. For example, while Savills still see gaps in supply for Germany, they already foresee a changing trend for certain sub-markets. The number of cities with stagnating or even declining student numbers is increasing, according to a current market study. The downturn is already affecting Jena, Greifswald, Trier, Dresden, and Mainz in Germany. And success isn’t guaranteed in other European countries. For example, the analysts at Catella consider the Italian student housing market to be in decline due to falling numbers of students and a broad general availability of accommodation.

Yields on student housing – as in other asset classes – have fallen a lot recently. According to Savills, prime yields for German student residences declined from over 5 percent to 4 percent between 2014 and 2016. They were somewhat higher in Paris in 2016 (4.5 percent), the UK (4.6 percent), and the Netherlands (5 percent) in 2016. That means they are still above yields for multi-family homes in the German Top-7 cities, which are producing only 3.1 percent in 2017 according to Savills. But student housing is operator-managed real estate, and success requires a competent operator. In addition, frequently changing tenants and greater wear and tear on furnishings mean higher maintenance costs than for conventional residential properties.

Hybrids on the rise

Developers and investors are increasingly counting on hybrid properties and moving beyond housing exclusively for students to create new complexes with a combination of conventional hotel rooms and serviced apartments and micro-apartments for target groups such as commuters, singles, and first-jobbers. Project developer GBI is currently planning a typical hybrid offering 150 to 180 rooms, to be built near the main railway station in Düsseldorf. “The mixed use combining several hotel categories, serviced apartments, and student housing allows us to add value and enliven the entire neighbourhood”, says Chris-Norman Sauer, Head of Hotel Development at GBI.

The student residences built under the name Headquarter by the developer Benchmark and recently sold to the British investor GSA are also hybrids. “Even if the number of students doesn’t continue to rise everywhere, demand for temporary housing is still increasing”, says Benchmark’s managing director Martin Hantel. Fund provider Union Investment also hopes to profit from this and to invest in micro-living facilities through its open-ended real estate fund Urban Living Nr. 1. The fund’s target markets are metropolitan and densely-populated regions in Germany and the core countries of Europe, with target groups being young professionals, students, and young households.

Alejandro Obermeyer of Union Investment still urges caution: “Investors should always take a critical view when choosing locations and concepts. Not every idea will turn out to be a success”. Catella analyst Thomas Beyerle agrees that it can be helpful during planning and development to refocus on the needs of the target group, primarily younger people on a limited budget. Among their criteria for renting, location is obviously at the top of the list, as the property consultant CBRE found in a survey of 8,000 students in Germany – noting that having a gym in the building is not.