Property owners in Singapore can conclude a purchase contract on their own – without participation of an estate agent or notary. In Germany, operators of electric charging stations can now use an app to connect with users so they can easily pay for the power consumed during charging. And the city of Chicago, Illinois is currently restructuring its property title register. These are three processes on three different continents that seem to have nothing to do with each other at first glance. But they are closely linked nevertheless: they are all based on blockchain technology.

No doubt about it, this technology has enormous potential. “Some experts suggest that the blockchain could completely transform the way we pay for goods and services or exchange information. For those of us in the real estate business, that has potentially game-changing implications,” says Anthony Couse, CEO Asia Pacific at real estate service provider JLL. Ragnar Lifthrasir, Founder and Chairman of the International Blockchain Real Estate Association (IBREA), confirms this sentiment: “There is no industry whose transactional architecture maps to blockchain´s architecture more than real estate.” And Daniel Seifert-Ziehe, Head of Digital Transformation at the Berlin-based real estate company Beos, is firmly convinced: “Blockchain technology will revolutionise the real estate business.” 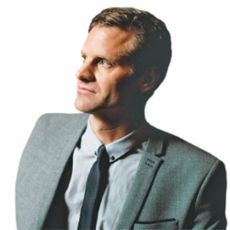 Cryptocurrencies such as Bitcoin are based on blockchain technology. Also called digital money, Bitcoin was introduced in 2008 and enables financial transactions between senders and recipients without requiring a trustworthy third party. The digital currency Ether, one of Bitcoin’s competitors, also uses blockchain technology, which in simple terms acts as a digital account statement in which all payments are listed in sequence. But the technology is certainly not limited solely to cryptocurrencies. A blockchain is a type of decentralised database or virtual bookkeeping system. In it, every transaction of money, goods or information is stored in a block; the next block is then linked to this block with the next transaction. Blocks are therefore collections of transactions that are continuously hung, one after the other, as links on the blockchain.

This means that once something is stored in the blockchain, it cannot be changed – making it essentially tamper-proof, transparent and permanent. Furthermore, the links are connected via numerous decentralised computers, so a blockchain is independent from a central mediating authority. “That is exactly what makes this technology so revolutionary,” says Didier Le Menestrel, Chairman of the French fund boutique La Financière de l’Echiquier. “This ground-breaking technology renders the trustworthy third party – for example, central banks, governments and notaries who once considered themselves indispensable – simply irrelevant.” That’s why blockchain should not just be considered merely a technological innovation, emphasises Sven Laepple, Founder of the Blockchain company Astratum. “It’s much more of an economic and social innovation. It is an economic innovation because blockchain is creating new business models in every single industry, and a social innovation because it is a bottom-up movement that strives toward a fair society and no longer places trust in central institutions. As such, blockchain is initiating a cultural change in our society that goes hand-in-hand with the sharing economy."

And that means that transactions throughout the real estate industry will also be affected by blockchain technology. There are already initiatives underway for processing transactions without using middlemen such as notaries and estate agents. In Singapore, the start-up Averspace is handling sales and lease processes entirely without involving an intermediary or third party.

Property Exchange Australia is pursuing a similar goal in Australia. Nevertheless, most experts do not expect that the software will be running the show completely on its own when it comes to selling or letting complex properties. “Just because the role of today’s intermediaries in the real estate industry is changing does not mean that they will no longer be needed,” explains Nina-Luisa Siedler, blockchain expert and partner in the Berlin office of British law firm DWF. “Because the majority of people will still want and need expert advice.”

Changes on the finance side could potentially be more serious. The booming crowdinvesting platforms that collect mezzanine capital from all kinds of private small investors could soon experience major difficulties. “Crowdinvesting platforms need to revise their technology strategy if they want to avoid being pushed out by new service providers,” says Marion Peyinghaus, a specialist in digitisation processes in the real estate industry and Managing Director of the Competence Centre Process Management Real Estate (CCPMRE) in Berlin.

Sven Laepple of Astratum fully shares her opinion: “Crowdinvesting platforms absolutely need to adapt to the competition. Up to now they have simply digitised old processes, which can only take them so far. In keeping with the blockchain mantra ‘Disrupt the disruptors,’ their role as an intermediary may soon be redundant if they don’t change with the times.”

Perhaps the greatest potential for Blockchain lies in property management services. Marion Peyinghaus from CCPMRE explains why: “Detailed, repetitive business processes such as contractual relationships that involve many highly complex contracts are predestined for blockchain technology. Blockchain enables efficient contract management in this sphere.” As an example, Peyinghaus mentions the new smart lightbulbs that can locate the least expensive electricity provider and then automatically set up a smart contract with this provider for supplying the necessary power.

Smart contracts that set themselves up are made possible through interactions with the Internet of Things (IoT). Blockchain expert Siedler sees enormous potential here – particularly in regard to green buildings. “For example, utility bills can be automatically generated when combined with the Internet of Things. Tenants in green buil-dings can be contacted immediately and motivated towards more environmentally friendly behaviour through various incentive mechanisms.”

Daniel Seifert-Ziehe at Beos real estate company is firmly convinced that “blockchain technology really only makes proper sense when used in combination with IoT applications.” Beos is one of the few established market players that is currently developing a blockchain project. “For our pilot project, we want to try billing for parking space usage in car parks using a blockchain,” explains Seifert-Ziehe. “We are planning to precisely capture the amount of time the customer has actually used the parking space.” So the bill will no longer contain a fixed monthly rental fee for the parking space, but instead an amount for the true usage time. Seifert-Ziehes believes that the second step could entail “handling billing for all the different utilities with a blockchain.” Billing for electricity, water and gas consumption can be carried out directly between the user and supplier so that the letter no longer needs to set up contracts for those necessary items.

But while the real estate industry is talking a great deal about blockchain and its potential applications, there are currently only a few projects underway that attempt to put it to use. Like in so many areas of digitisation, the US is leading the way in efforts to implement it. At the largest blockchain conference Consensus and at the Token Summit in May of this year in New York, it became clear that all players are taking blockchain very seriously, reports Astratum Director Laepple. “The issues revolve around finding the right application for the technology and its disruptive effects on various industries.”

One interesting aspect of the technology is the new financial instrument, Initial Coin Offering (ICO), which in recent months supplied funds totalling hundreds of millions of dollars for diverse disruptive business models within just a few hours. Laepple is seeing a new direction with blockchain start-ups in the real estate sector: “Open source protocols are now being developed to ‘crack’ the industry with its strict regulations.” However, whether or not this will actually succeed remains to be seen. There are many companies taking highly innovative approaches to blockchain technology all over the world, including Asia and Australia. The small Canton of Zug in Switzerland is a veritable hub of blockchain technology, and has adopted the name Crypto Valley (in reference to one of the blockchain-based cryptocurrencies).

The areas of interest for the real estate industry vary quite widely. For example, the Dutch start-up Quantoz is focusing on blockchain solutions for property management, while the new Berlin-based company Simmst wants to create a reputation platform for both letters and tenants. Share & Charge, which the German energy company Innogy and blockchain specialist Slock are participating in, has developed an automatic billing app for charging stations for electric vehicles. Velox, the company founded by IBREA Chairman Ragnar Lifthrasir, is transferring the property title register to a blockchain for the Cook County Recorder of Deeds in the city of Chicago, Illinois. And Chromaway is switching Sweden over to a blockchain-based land registry.

Lawyer Nina-Luisa Siedler explains why blockchain is so ideally suited for property registers. “The current title register is actually nothing more than an analogue form of a blockchain because it is added to continuously – like links on a chain – and all changes are completely transparent,” she states. However, there is one problem. “One fundamental principle of blockchain technology is the transparency of transactions while maintaining user anonymity,” says Luka Müller-Studer, legal partner at MME law firm in Switzerland. This anonymity for users does not align well with the regulatory requirements for transparency in the real estate industry, which support efforts to prevent money laundering.

For that reason, experts say an additional supervisory authority is absolutely necessary. Every transaction in a blockchain title register must be approved by a notary in addition to the liability exemption through the personal key of the authorised person. Blockchain’s security also needs to be scrutinised very critically. “The blockchain protocol as such has never been hacked before,” explains lawyer Luka Müller-Studer. “But access to it definitely has in the past.” Marion Peyinghaus confirms: “Blockchain is extremely secure because it uses many different servers. The weak point is the access. Manipulations are certainly possible when access data to a computer has been cracked.”

There are plenty of viable applications in the real estate industry. So one day there may be no limit to the areas where blockchain technology could be applied in the real estate industry. That’s why for Sven Laepple, the development is much more than a revolution. “It’s a tsunami. The changes are dramatic.” At the same time, he sees this as an urgent wake-up call: “Companies that aren’t as well-equipped for the changes looming on the horizon will have major difficulties, while those who are prepared will see the door to great opportunities open wide.”

Ragnar Lifthrasir agrees. For the founder of the International Blockchain Real Estate Association, the cost savings and transparency that this technology enables are simply unbeatable. That’s also the reason he expects the breakthrough to happen very soon: “2017 is the year real estate starts to adopt blockchain."