More people are moving to cities every year. This ongoing trend towards urbanisation is leading to a breakneck construction boom that poses huge challenges – particularly with regard to climate change and tackling the problem of ever scarcer natural resources. Buildings play a central role here. The construction industry is not only responsible for a quarter of CO₂ emissions, it’s also one of the most resource-intensive sectors of the economy. As such, there is a pressing need to find ways of curtailing the consumption of resources.

From simple “mine” to documented repository

One highly promising solution lies in so-called “urban mining”. In terms of the construction materials they contain, buildings store vast amounts of raw materials whose value is steadily rising. Sticking with this metaphor, buildings are like “mines”: when demolished they can be “excavated” to extract secondary raw materials. Working on behalf of the Freiham district of Munich, Matthias Heinrich, team leader with Swiss-based EPEA (part of Drees & Sommer), came up with a ballpark figure for how much material is involved. He determined that the roughly 2,400 structures in the district contain around 2.2 million tonnes of raw materials, the bulk of which are minerals used in building materials like cement; in addition, they also contain 110,000 tonnes of metals worth €20.4 million.

A material passport and a register of materials used in construction are meant to ensure that future generations are better able to recycle and re-use raw materials.

The amounts being excavated so far have been very limited, though, as are the profits derived from such urban mines. That’s because when a building reaches the end of its life, many of the materials used in its construction can typically only be repurposed for inferior uses – as demolition waste, for example, used as fill in road construction. “Once a building is torn down at the end of its average 80-year service life, the construction materials in it can no longer be recovered in an unmixed state,” says Dierk Mutschler, managing director at Drees & Sommer. The reason is simple: “Architects and building contractors design buildings primarily with the use phase or aesthetics in mind, rather than considering how materials can be recycled in 100 years’ time.” Based on her own experience of major development projects in Germany and Switzerland, Beate Lichner MRICS, CEO at Lichner Projects, says that’s why urban mining has thus far rarely been put into practice. “In terms of existing building stock, urban mining can’t play much of a role – but the prospects for the future are exciting.” Dierk Mutschler believes that registering the raw materials used in construction, recycling them for higher-grade uses and doing so without transporting them long distances could be one way of cutting CO₂ emissions and reducing resource consumption. That’s why Drees & Sommer is advocating for a building material passport, with the goal of documenting what construction materials are used and where, so that future generations can make better use of them. 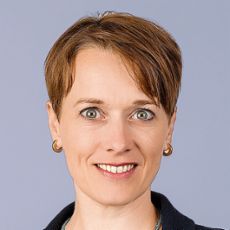 Once materials are identified, they can never again just disappear into the waste stream.

A similar approach is being pursued by Madaster, a Swiss online platform designed to promote a circular economy in the construction, real estate and waste management sectors that is currently also establishing a presence in Germany. Essentially, this involves creating a register of the materials used in building construction. “Our mission is to render materials retrievable indefinitely by making sure they are identified,” is how Marloes Fischer, managing director at Madaster Services Switzerland, explains the basic concept as originally developed in the Netherlands. “Once materials are identified, they can never again just disappear into the waste stream. Each and every building becomes a repository of materials with a specific value.” All resource-relevant data on structures is recorded in an online register, organised by category and made available in PDF format as convenient material passports.

“This provides building contractors and future building owners with full transparency in terms of the financial and recycling value of the property as well as the quality of the materials and products used in it,” says Fischer. “That makes it possible to better organise materials circularity and coordinate demolition, new construction and facilities management. The building then becomes a documented repository of materials.” The project has been well received not just in the Swiss construction and real estate sector, where it has gained prominent adherents including Raiffeisen, Swiss Re and Swiss Prime Site. There are now also pilot projects in Germany, the UK, Canada, Taiwan and Australia targeted at developing the Madaster platform and making the material passport a market standard.

In the Munich district of Freiham alone, there are some 2,400 buildings that contain around 2.2 million tonnes of raw materials.

We need to chart a course for a genuinely circular economy

The conditions aren’t yet right for widespread adoption, though, notes Jan von Mallinckrodt, Head of Sustainability at Union Investment Real Estate GmbH. “Specifically, apart from lacking the necessary processes and technical means, recycling also has to become financially attractive. What’s more, as early as the construction phase, there needs to be a commitment to ensuring that materials can subsequently be separated and recycled.” With regard to existing building stock, new technologies need to be developed for separating and re-using construction materials. “Along with everyone involved in construction, regulators also need to help create a genuinely circular economy.”