Logistics properties are critical nodes in virtually every supply chain and will remain so as long as materials and goods need to be stored, distributed and moved around. Economists predict that worldwide freight volumes will treble by 2050 – not least in view of the projected growth of the world’s population from 7.2 billion to 9.7 billion over that period. The megatrend towards urbanisation will also play a major role. According to UN/DESA figures, the global urban population will rise by a further 2.38 billion to 6.34 billion by 2050. Insofar as there are any certainties regarding the future, the need for warehousing is likely to be one of them.

During the pandemic, logistics has been seen as a safe product in uncertain times

In Germany alone, which is among Europe’s top logistics locations thanks to its strong economy and central position, more than €8.7 billion flowed into the sector in 2020 according to JLL, marking a new record. “Logistics properties in Germany have been and remain in high demand,” says Nick Jones, Head of Germany, Logistics and Industrial Investment at JLL Deutschland. Market watchers believe that investor interest in logistics markets will be sustained through 2021. And all the more so because fears that the Covid-19 crisis could trigger deglobalisation are now abating. “Economic trends are not that easy to reverse,” says Jan Linsin, Head of Research at CBRE in Germany. He points out that deglobalisation is a response to disruption of supply chains from Asia during the first phase of the Covid crisis, e.g. with regard to pharmaceuticals from countries such as China and India. However, that affects only a small proportion of trade in goods. “Asia will continue to produce computer chips, Germany will still make cars and machinery.” 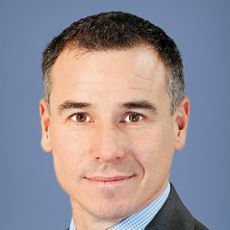 Economic trends are not that easy to reverse.

Logistics properties are also considered a safe product because of rising cashflow. As the creation of new space struggles to keep pace with demand for warehouses and distribution centres, market observers expect rents to rise across Europe, especially in the last-mile delivery, e-commerce, food delivery and pharmaceutical/medical sectors. JLL predicts that the top big-box logistics properties in the larger European markets will see average rental growth of 1.9 percent a year between 2020 and 2024, for example.

As one might expect, major freight handling centres are thought to be most attractive for new logistics hubs and projects – such as strategically located sites between the seaports of Rotterdam and Antwerp in the Netherlands or the Rhine-Main region in Germany, which includes Frankfurt Airport and several major motorway intersections. Alongside these hubs, other locations are also in investors’ sights, as Thomas Beyerle, Head of Research at Catella Group, explains: “Places such as Trieste in Italy, conveniently located because of its Adriatic port for delivering to central and eastern Europe as well as southern Germany.” Locations in CEE (Central and Eastern Europe) countries are also emerging as important logistics hubs, including Warsaw, the capital of Poland, the region’s strongest economy.

Furthermore, sustained strong growth in e-commerce and demand for same-day delivery means that another logistics sector is generating huge demand for distribution centres in inner-city or peripheral areas across the major European cities, such as Berlin, London, Madrid and Paris, as well as in prosperous smaller cities and regions. In these locations, where the availability of suitable property is already a problem, the prospect of rising rents seems to be assured. However, prices are also rising because of increased investor competition. In Germany, for example, transaction consultants unisono are reporting net prime yields of 3.5 percent, with a clear downward trend.