The Spanish are buying apartments as if there’s no tomorrow. “Whole streets are in Spanish hands,” says PR consultant Antje Lanz. She doesn’t recognise her hometown any more. Born in Berlin, she lived in Bonn for ten years and then returned to Berlin, Germany’s capital, five years ago. A great deal has been happening on the local residential investment market since she left 15 years ago. “It seems as if certain countries are dividing up the different boroughs among themselves,” says Lanz, with the Spanish occupying Kreuzberg and the Russians preferring to move to Charlottenburg and the Israelis and Asians to Mitte. The presence of an international clientele is directly reflected in the everyday routine of playgrounds, shops and restaurants, says Lanz: “Berlin is becoming international.” Which proves that capital flows related to real estate are influencing whole cities, not just the bottom lines of Excel tables. Compared with many other global cities, cities in Germany have been extremely favourable markets for real estate investments. It’s almost impossible to find anything under €10,000 per square metre in cities like New York, Beijing or Shanghai. Even in Berlin the average is around €4,200, according to Homeday, a German online real estate agent. Amounts like that are peanuts for the growing middle classes in the Middle East, Russia and Asia. 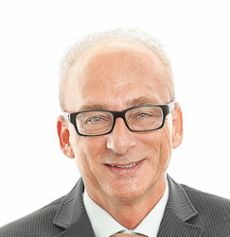 Domestic investors are closer to the action when it’s a question of finding the hidden gems on the market.

Foreign capital has to make an effort

The picture is completely different if one disregards the hot topic of the residential real estate market and looks at all cash flows, asset classes and investor types. The share of foreign investors as a percentage of total transaction volume has increased in absolute terms since 2009 – from 11 percent in 2009 to 38 percent in 2019, as real estate consultant JLL reports. But when measured against the 44 percent peak in 2017, the percentage attributable to international investors has been declining for some time.

This has less to do with the wish to stock up on real estate between Hamburg and Munich. It’s simply harder for foreign capital to get a look-in, according to market experts. “Domestic investors are closer to the action when it’s a question of finding the hidden gems on the market.

The class A locations in Germany’s seven largest cities are practically sold-out, and there’s less international expertise in the class B locations in the larger regional cities. This means they are often too late or draw the short straw in tendering procedures, says Helge Scheunemann, Head of Research Germany at JLL. One example: when the Cologne Stadthaus office building was sold by the Korean company Mirae Asset Global Investments, DIC Asset prevailed over a series of international bidders. The building, leased to the Cologne city administration, cost the Frankfurt real estate advisor €500 million. “The open-ended funds are getting heavily involved again, which is also putting pressure on the foreign share,” adds Scheunemann. Nor do Asian investors dominate – contrary to headlines such as “Chinese storm the German residential real estate market”. In fact, investors from the UK and the United States have been in the front ranks over the entire decade. There’s a tradition of that. “The Anglo-Saxon nations have always been traders and are active on both the buying and the selling side. They don’t invest if they don’t already have an exit strategy. If it’s profitable, they aren’t afraid of quick sales after relatively short holding periods,” says Thomas Beyerle, Managing Director at Catella Property Valuation.

One example of this: Pressehaus am Alexanderplatz. The European value-add fund Tishman Speyer acquired the high-rise on Karl-Liebknecht-Strasse in Berlin’s Mitte district from media company Bertelsmann in autumn 2016. Just two-and-a-half years later – in spring 2019 – the fund sold the listed building to GEG German Estate Group for €365 million.

Among international players, the British share was at least 20 percent, more than in all previous years, according to JLL. “That is clearly the consequence of the controversial issue of Brexit. We see an obvious export of capital and also currency hedging,” adds Beyerle. British investors also have clear preferences among the asset classes. They prefer commercial real estate, with a focus on specialist stores and retail parks – including those outside the seven largest German cities. “In the office segment they are very keen on value-add,” says Beyerle.

The U.S. has also contributed a steady stream of capital to Germany for many years, with the largest share of international turnover being 25 percent in 2014, according to JLL. The Americans were also particularly enthusiastic investors last year.

In 2019, some 17 percent of all foreign spending on real estate was by American companies – particularly Blackstone, the world’s largest fund manager. Its acquisitions in 2019 included the office ensemble Oberbaum City in the Friedrichshain district of Berlin for €475 million, and it also showed great interest in logistics properties.

But Blackstone also made headlines as a seller. It sold The Squaire, a hotel and office complex at Frankfurt Airport, for €940 million in December, making Blackstone a player in the largest commercial deal of the year. The buyers were a consortium led by the British investment manager AGC Equity Partners and the South Korean financial group Hana, whose share is said to be around 25 percent. According to media reports, Hana plans to contribute its stake in The Squaire to a fund that will focus on investments by German pension funds. 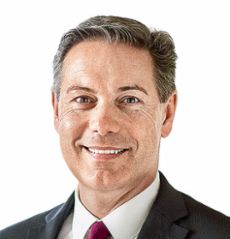 The Anglo-Saxon nations have always been traders and are active on both the buying and the selling side.

Along with the Anglo-Saxons, Asian investors have made regular appearances on the German real estate market for years now. Chinese real estate investors were responsible for 8 percent of foreign annual turnover in 2017 – a peak that hardly justifies the hysterical newspaper headlines. The South Koreans are far more active, as shown by the Squaire deal. The Koreans have increased their flows of real estate capital to Europe and are focusing on countries such as Sweden, the Netherlands, Belgium and France along with Germany.

Experts see many reasons why the German real estate market will be attractive to Koreans over the long term, as analyst Yasemin Engin wrote in IPE RA magazine in December 2019. “First, Korean investors wishing to diversify have been limited by the narrow domestic property market, which is under-developed even by regional standards. Second, debt has become cheaper in Europe. Until 2017, the US was the largest beneficiary of Korea’s outbound capital flows.” That has changed, according to the author. Robust background conditions – “Europe is relatively stable politically and it has strong sovereign credit ratings, while core assets tend to offer robust covenants” – also make Germany very attractive. “These qualities are important to Korean investors, for whom yield is not the only investment consideration. In fact, office yields in South Korea have averaged 4 percent annually over the past five years, similar to France and Germany,” the author also observes. She assumes that the interest of South Korean investors – primarily the major pension funds – in Germany will remain high over the long term, with investment to remain predominantly in the office sector.