Until recently even some experts were unfamiliar with the concept. Now The Collective, a London real estate firm, hopes to have some 100,000 co-living units in the pipeline by 2025. Some of those units are to be located in Germany, “although the precise split still hasn’t been determined,” says Björn Munte, who as Development Director has been entrusted with the company’s expansion in Germany. What is known is that activities will be focused on Berlin and Frankfurt am Main.

The British aren’t the only ones with high-flying plans – the Luxembourg holding company Corestate Capital has announced that it will assemble a co-living portfolio valued at €1 billion within five years. The boom recalls the early days of the co-working segment. Market players are again wondering whether this is temporary hype or a future trend to be taken seriously. Opinions are divided so far, particularly since very different products – ranging from rather traditional flat-sharing to student apartments to hip co-living hotels – are being marketed under the heading of co living. The structure of private spaces and additional services varies considerably, according to the magazine “Co-living Insights”. Co-living as a product is less about a property than an attitude toward life. “That makes it difficult for investors to evaluate,” says Felix Embacher, Division Head Residential at the Munich consulting firm Bulwiengesa. It involves more than just a place to stay and also includes connection to like-minded people and a certain degree of comfort and convenience. The rooms have chic furnishings and are rented at flat-rate prices that include ancillary costs and WLAN and often also a community manager and amenities such as a gym, co working space, film screenings, yoga courses and barbecue parties. The target groups are usually younger people – students, junior staff and project employees – but they can also include “young seniors” between 55 und 65 looking to start a new life.

A question of risk assessment

Most co-living providers focus on urban centres. For example, The Collective currently operates almost 2,000 co-living units in London and New York. The Medici Living Group, the co-living partner of Corestate, is expanding into the Berlin market with the premium brand Quarters. Homefully, launched in Frankfurt am Main in 2015, is pursuing a similar concept. Founders Sebastian Würz and Bastian Schätzle now offer 800 rooms in the seven top cities as well as in Zurich and are further expanding their offerings. “Those offerings are being noticed,” says Simon Dietzfelbinger, Associate Partner at the real estate consultant Drees & Sommer. There is already a specialised booking platform for co-living accommodation, colivme.com. It is operated by BNP Paribas.

There are currently 23,150 co living units throughout Europe, according to real estate service provider JLL. It predicts that the segment will experience rapid growth: “Co living is becoming a key variable in the broad range of residential options for city dwellers.” As is the case for co-working, the driver is a working and living environment that requires increasing flexibility and is also drawing younger people to the major cities. “Worldwide urbanisation of our society is a trend that will further intensify in coming years. It is likely that the serious shortage of living space with worsen,” says Corestate CEO Lars Schnidrig. The dynamic growth of the segment is also shown by the fund launched by The Collective and the real estate fund manager DTZ Investors last autumn. The aim is to raise £650 million from investors. It is the exit vehicle for projects that The Collective is carrying out with different partners. “In our organisation, every project development must pay off,” says Munte. That is one of the differences compared with co working providers such as Wework, which only lease the spaces they offer. On this order of magnitude, co-living is at least technically of interest to institutional investors as well. 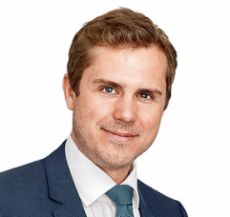 The segment has experienced only one market phase so far: the boom.

However, as always when something new comes onto the market, there are also considerable risks. For example, ailing concepts such as serviced apartments with low occupancy rates can be prettied up by describing them as co-living. Or providers may have problems finding appropriate properties and land. “Beware when an old product is suddenly being hyped,” advises Tilman Gartmeier, founder and CEO of the project developer Cube Real Estate in Leverkusen. He has been including co living in plans for urban districts that primarily comprise apartments for students and seniors or small apartments since 2013. He reserves 10 to 30 percent of the apartments for this, “a niche within a niche”. However, he hastens to point out that this involves conventional flat-sharing.

Will the new co-living business models on a larger scale work over the long term? Gartmeier is sceptical. “Damage, refurbishment and the allocation of damage take a lot more effort and are more complex than for normal housing.” Not least, the outlook for co-living depends on whether – as was the case for co-working – there is demand from international companies that lease units on a grand scale, for example for temporary workers. Experience shows that this has been the exception so far.

In contrast, Simon Dietzfelbinger of Drees & Sommer is optimistic: “The sense of community corresponds to the corporate culture of increasing numbers of companies.” When looking for office space, many companies also ask about apartments for their employees. That’s why, in his view, adding a dash of co-living to mixed-use developments makes it just as attractive as co-working. Admittedly, the economic cycle represents the greatest risk. “The entire apartment segment has experienced only one market phase so far: the boom” cautions Felix Embacher of Bulwiengesa. Only when there is a downturn will it become clear whether the demand for community involves more than the sheer need to put a roof over one’s head. Particularly since the initial enthusiasm of many residents obviously declines quickly. According to “Co-living Insights”, in many cases the concepts make more promises than they can keep. Understanding one’s home as a place to retreat may not be all that old-fashioned after all.