The huge Art Deco building, a striking pink, located directly on Alexanderplatz is of course familiar to most Berliners. Alexa, which features 186 shops over 43,000 square metres of sales space, is also an absolute must for tourists. With some 16 million visitors each year, this shopping and leisure centre – part of the portfolio of Union Investment’s open-ended real estate fund UniImmo: Deutschland – is one of the most popular shopping malls in Germany. “The location of the mall right in the city centre and on a transport hub where trams, the underground and suburban trains come together guarantees a lot of visitors,” notes Ingmar Behrens, Director of Public Affairs and Communication for the German Council of Shopping Centers.

Rents down across the board

Not all retail properties are as well-positioned as Alexa. “Changes in customer behaviour and the continued fast growth of online shopping – along with home delivery, free for most customers – have caused sellers to stumble and even founder,” says Dieter Bullinger, Managing Director of the Swiss consultancy Debecon. This has particularly affected retailers, most of which are sticking to old structures and may not even have an online presence. “Then you have the increasingly intense discounting wars, where turning over more stock ultimately does not lead to stable or even increasing revenue,” says Bullinger. This makes consumers unwilling to pay full price for anything, he says, putting heavy pressure on margins. Family-run specialist shops and therefore the shopping locations of smaller cities and towns are most often impacted by this, says Bullinger. “But sales are also down in the fashion sector with its clothing and shoe shops, and since these segments were previously the backbone of many high streets and shopping malls, the number of vacant shops there is also growing.“ 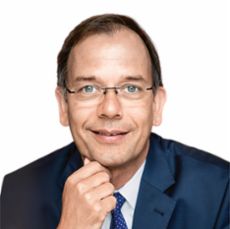 Three-year leases can certainly be acceptable; the location benefits from higher rents when the letting business picks up.

A recent survey of 90 global fashion brands by Boston Consulting Group, which focuses on strategy, found that online sales in the textile sector had grown three times as fast as in brick-and-mortar stores. This has consequences for property letters. International fashion retailers such as H&M and Zara are particularly insistent on signing shorter-term leases, which have already become customary in many countries (see graphic). This can also benefit owners, according to Klaus Striebich, independent consultant at RaRE Advise – Retail and Real Estate. “Three-year leases can certainly be acceptable for letters, because they offer an opportunity for adapting a location to current demand more quickly and taking advantage of higher rents when the letting business picks up.” But the current rise in vacancy rates indicates that both retail operators and the companies that let retail space need to take action.

A trend with consequences: retail rents in 2018 were down in at least two-thirds of the 132 German cities studied by the Comfort consulting firm. “We are obviously in a tenants’ market in which maximum rents can be charged only when absolutely everything suits the tenants,” says Olaf Petersen, Managing Director of Comfort Management Services, who is responsible for its Research & Consulting unit. The new background conditions are also affecting the investment market. For example, retail properties accounted for only 16 percent of total transaction volume in Germany in 2018, down from 18 percent the previous year. Another warning sign: yields on shopping malls are up recently, in contrast to the general market trend.

Due regard for the social aspect

Retail operators and the companies that let properties to them have a lot to do to ensure the success of their investments. “What’s needed is a much more analytical approach that will find out who customers are, what they need and what leisure activities they want,” says Joachim Will, CEO of Ecostra, a management consultancy in Wiesbaden. He adds that it will be important to figure out how to make sure town centres and urban shopping districts remain attractive and how to keep people going there. “A city comes alive only where people are to be found on the street,” says Will. “It will be necessary to create destinations, locations so to speak, that will attract people, where they will want to spend time, agree to meet up with friends, enjoy spending time, stroll around – and incidentally do some shopping.”

To prove the importance of the “human factor” in developing sales in the retail sector, Will cites the success of the factory outlet centre (FOC) segment, which has proven to be completely immune to online competition. Outlet centres charge lower prices for branded products than normal shops do, so at the pricing level they are targeting a similar customer segment to some online sellers. “On the other hand – and this is key – shopping at an FOC is a social experience,” emphasises Will. “The whole family will go to the FOC at the Brenner Pass in the Alps, for example, when returning from their summer holiday. And women’s clubs and sports or bowling clubs organise day trips to the FOC in Metzingen. There’s no doubt about it, FOCs are destinations.”

Proof that a reputation as a destination also means full coffers is provided by major department stores such as Harrods in London or Galeries Lafayette in Paris, where affluent buyers queue up to buy from Louis Vuitton, Gucci and Prada in-store shops. But even destinations can’t avoid adapting to new trends in the retail world – one reason why they are turning to concepts such as pop-up stores. A pop-up boutique devoted to the magical world of Harry Potter attracted hordes of customers to Galeries Lafayette last Christmas.

La Rinascente Group is having three department store legends – KaDeWe in Berlin, Alsterhaus in Hamburg and Oberpollinger in Munich – spruced up by star architects like the Dutchman Rem Koolhaas to ensure they continue to exercise their magnetic attraction on customers. The refurbishments seem to be paying off. As Alsterhaus Managing Director Timo Weber recently reported to Textilwirtschaft, a textile trade publication, sales in the Hamburg flagship store rose by 50 percent after millions were spent on remodelling the ground floor.

Shopping malls are also upping the ante to ensure a successful future, knowing that the good old days when the right location was all they needed for success have long gone by. “Collecting data about what today’s customers want and consistently meeting customers’ needs are the be-all and end-all for management of retail properties these days,” says Henrike Waldburg, Head of Investment Management Retail at Union Investment Real Estate GmbH. “Today’s customers want a seamless transition from offline to online and back again. Products are becoming more personalised and individual. This includes the regular presentation of new concepts for shopping, catering and experiences to keep customers from getting bored.”

Active management the be-all and end-all 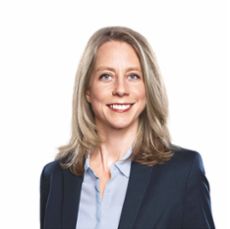 Collecting data about what today’s customers want and consistently meeting customers’ needs are the be-all and end-all for management of retail properties these days.

That’s why Alexa – as part of a major modernisation campaign under the motto “New Colours of Shopping” – opened four colourful shopping worlds in autumn 2018: Decoration & More, Fashion à la Carte, Food Court and Sports Zone. The Portuguese retail specialist Sonae Sierra, which operates Alexa in Berlin for Union Investment, is also seeing to it that a series of attractions – including opportunities to collect autographs from singers and presentations of new music albums – are attracting customers in droves. “Based on the portfolio as a whole, shopping malls still have very high occupancy rates and offer above-average yields,” emphasises Henrike Waldburg, who points out that Union Investment has a strong retail portfolio that still enjoys stable earnings and is experiencing growth in sales and popularity. But given the rapid transformation of shopping habits and the equally fast pace of changes in the retail landscape, Waldburg emphasises that “the expense for management and investments has increased considerably.”

The immediate vicinity is increasingly being included in plans to refurbish or build new department stores and shopping malls – a trend that helps “round out the core business and create destinations,” reports Werner Studer, Executive Director of the Intercontinental Group of Department Stores, the world’s largest department store association. He mentions the example of Galeries Lafayette in Paris (also described above), whose management he says is also interested in positioning itself as a neighbourhood and travel tourist retailer in appropriate locations or in establishing that business.

Examples of this worldwide trend are also to be found in Germany. For example, the Breuninger department store group has invested at least €200 million in Stuttgart to freshen up the Dorotheen Quartier behind its department store facing the shopping street. In addition to office spaces and apartments, the ensemble, completed in 2017, features trendy restaurants and well-known branded shops – along with large numbers of visitors. When refurbishing Riem Arcaden in Munich, Bavaria’s largest new-build urban district, owner Union Investment spent some €65 million for an 18,500 square metre expansion. Riem Arcaden now offers over 122,000 square metres of leased space, including 61,000 square metres of retail.

The refurbishment project has so far expanded the space for restaurants and food service and added new tenants offering previously unavailable product lines, according to Ralf Schaffuss, Head of Asset Management Retail Deutschland at Union Investment Real Estate GmbH. Apartments featuring breath-taking views are located above the shopping mall, a health clinic is integrated into the urban district and there a new Motel One was finished in time for EXPO REAL 2018. Once again the expense has been worth it. “Riem Arcaden sees a good nine million visitors each year, with an average of 26,000 people coming to the mall each day,” says Schaffuss.

Unibail-Rodamco-Westfield is also pursuing ambitious plans for district developments, such as the one at the southern Überseequartier in Hamburg. To make retail more attractive, the space originally planned for offices has been reduced in favour of apartments and the planned cruise terminal has been better integrated into the urban landscape. Space to live, work, shop and enjoy is to be created on a total of 419,000 square metres of usable area, a striking ensemble made up of a cruise terminal, waterfront towers and a new building, at least 70 metres high, designed by architect Christian de Portzamparc – a new highlight along the waterfront and no doubt one of the strongest lures for visitors to the Hanseatic City.

By Susanne Osadnik and Birgitt Wüst