Peter Braun is a business man; his suitcase is his constant companion. Today Chicago, tomorrow Dubai, Tokyo or Hanoi. He generally doesn’t see company cafeterias very often, he says. He usually goes to “real” restaurants. Nevertheless, he has noticed a change. Business partners are increasingly inviting the medical software sales executive to dine at their company restaurant. One such space at a midsized company in Oslo really stuck in his mind. For its 30 employees, the Norwegian medical technology firm built an old-fashioned kitchen diner that was too large in his opinion. “Lots of wood – plush, retro. Really homely. I didn’t feel at all like I was in a company canteen. It was like I was sitting on the sofa at my grandma’s,” says Braun.

It’s a trend that can be observed outside of Scandinavia as well. Businesses elsewhere are trying out new ideas in their cafeterias. Because their employees want them to – and in knowledge-based job markets, they have plenty of leverage. People won’t even try it if it doesn’t have a hip design and healthy menu. Lifestyle is everything, even in the lunch break. But the cool canteen didn’t help that Oslo startup – it went bankrupt. For business reasons, says Braun. His Norwegian associates think another reason was probably to blame: employees simply forgot their work when they entered the beautiful cafeteria. 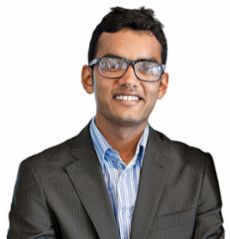 The kitchen is the heart of all good parties. And that’s how you should organise a company. We build our offices around the kitchen.

Very few companies contemplate such horror stories. Many businesses are spending a lot of money on turning functional yet uncomfortable canteens into trendy communication zones. Around the globe cafeterias are transforming into event spaces. Depending on the industry, these bland dining halls from days of old are becoming living rooms, playrooms, experience rooms, chill out areas and meeting places. Or a motley mixture of all of those. The goals are tomotivate employees, promote communication and secure or even build on business success. US companies in particular recognised this early on, aligning their cafeterias with their employees’ lifestyles or the company’s corporate identity and replacing fast food and boring sandwiches with healthy menu offerings. There are all sorts of rankings online where employees, bloggers and online magazines rate the “coolest company cafeterias”. Free beer, homemade yogurt and ice cream, vegan buffet, award-winning chefs, smoothie bars, lunch beat: in the world’s best company canteens, people feast, chill out, play table football, dance – and above all, work productively.

Companies creating their own drinks

The cafeterias in Silicon Valley are particularly popular among their fans. For example, take the campus restaurants at Apple headquarters in Cupertino. Not just because of the hip decor, but because the menu taps into many different national traditions. From spicy grilled sea bass to bison curry to Korean tacos – the meals reflect the cultural diversity of the employees. It’s a home away from home. Or is just homesickness? It doesn’t matter. It’s definitely on trend, so thumbs up.

For their part, the Facebook cafeterias score lots of points for using natural and sustainable ingredients. Guests sing the praises of the salads – but the canteens’ own Facebook page does not confirm its popularity. The last entry is from 2016, and with only 211 likes, the cafeteria experience of Harvest at Facebook doesn’t seem to be so convincing after all. Or maybe it was due to the kitchen helpers and waiters dressed like bananas?

But the trend is clear: health is king. Airbnb has banned from its offices fattening and unwholesome foods and drinks like Coca-Cola, Red Bull, crisps and granola bars as well as the vending machines needed for them. The accommodation platform has established in-house catering that whips up healthy versions of all these fast-food meals. For example, “Redbnb” contains ingredients like hibiscus, lime, mint and ginger. Add to that green tea and yerba maté for the wake-up effect and cane sugar for sweetness. Fewer pounds on the scales and increased productivity – that benefits staff and managers alike.

Just like the radically low calorie counts achieved by file hosting provider Dropbox with its in-house catering service. Each meal has only 625 calories or less! Your stomach may still be half-empty, but at least it’s a feast for the eyes. The Dropbox cafeteria design comes from the lifestyle gurus at Avroko, one of New York’s most innovative design firms at the intersection of architecture, furniture and graphic design. A dream of a break room that creates a neighbourhood feeling within the company. Custom-designed furniture, high-quality materials like wood, leather, patinated steel and atmospheric lighting combine to produce a communication-friendly environment that invites people to eat and work. And anyone who misses out entirely on the food in this incredible setting finds consolation online: the chef posts photos of his culinary creations on the Dropbox Tuck Shop’s Facebook page, which has more than 4,000 likes.

It’s no coincidence that the drivers of the canteen revolution can be found in Silicon Valley’s startup scene. Hiring talented cooks and regularly inviting award-winning chefs to create collective taste explosions in specially designed “event kitchens” suits the Palo Alto mindset to a tee. The experiences are entertaining and informative, as former Welt journalist and digital consultant Christoph Keese found. He and his family were guests in the world’s most powerful valley for six months, commissioned by the Springer Group to seek out success patterns and drivers in the booming internet economy. The most important room in the company: the kitchen. Like at Pulse, a company since sold to LinkedIn, which compiles journalistic articles from multiple sources in one app.

The entire office is organised like a restaurant in one loft. Employees sit at long tables like in a shared flat, writes Keese. Bowls of fruit, nuts and granola bars are dotted around. Pulse founder Akshay Kothari explains the system to the German journalist: “The kitchen is the heart of all good parties. And that’s how you should organise a company. We build our offices around the kitchen, and most companies I know do the same.” The most open, informal conversations happen in the kitchen, and the boundaries between departments and specialisms are easiest to overcome there, according to LinkedIn India boss Kothari.

That makes the world’s most powerful valley a trendsetter in food culture as well. And many companies all over the world are emulating these examples, in more or less radical ways. Some just change the decor a bit, while others recalibrate their entire company culture. And for others still, the transformation comes more naturally, as they have hip design and healthy food in their genes. Take new lifestyle companies and startups, for example. On its website, London-based Smoothie company Innocent gives customers and potential colleagues a guided tour through the whole company, including the cafeteria.

German companies have started to join the trend as well. “We’re seeing very clearly in our projects that the battle for talent is moving into the cafeteria,” says Hamburg architect Harro Grimmer. Bigger companies and high-end hotels are increasingly using high-quality design in their restaurants. This sends a clear signal within the company: employees should be treated just as well as customers. The mega trend of offering balanced meals is finding its way into cafeterias more and more. These days, separate areas for small, healthy meals are a necessity, according to the head of MPP Meding Plan + Projekt. In Hamburg, for example, Philips recently transformed its company canteen into a light, well-designed restaurant with a grill station, pizza oven, wok and large salad bar. The cost: €2.7 million. The Otto headquarters in Hamburg-Bramfeld has a new bistro called the “Boulevard”. It’s a zone where employees can get some work done away from their desks or take a break. For developer Strabag Real Estate (SRE), employee restaurants have an important urban development function in addition to a communicative one. “In MesseCity Cologne, for example, we’re building a whole range of public eateries and food outlets in addition to the in-house company cafeterias. They help create a mix of property uses and prevent the area from turning into a ghost town after office hours,” says SRE Managing Director Rainer M. Schäfer.

Feeling at home in a globalised world

Improving the company environment has both business and social components. When laptops and mobile phones turn homes into workplaces, the office needs to be cosy. And it needs to align with the brand preferences and values of employees. Giving a cafeteria a new lick of paint once in a while is not the same thing as transforming it into the expression of an entirely new culture – like in Silicon Valley, where work and leisure become one. As a result of these transformations, a lot of new hybrid space and building forms are emerging.

Part of that approach can mean implementing change processes from the bottom up – i.e. the employees themselves get to decide. And why shouldn’t they be the ones to design the “heart” of their company, the communicative and productive nerve centre. Drees & Sommer in Berlin have done exactly that. Following the leasing of new office space, employees of the consulting firm decided on a new layout. The centrepiece is a sort of piazza that connects all the different office areas. Instead of four or six-person tables, the team set up one long family-dining-style table in the middle of the piazza.

“We designed the table ourselves and then had it made along with the chairs, which are all different and lend the space a sense of fun and homeliness,” says Drees & Sommer Project Manager Nicolai Helms. And something else came out of the team’s needs: a passion for homemade looks and furnishings led to one employee to design and sew pillows for the piazza. “Employer image and brand are becoming more and more important. Through the design of the piazza and the custom furniture and pillows, we’ve strengthened our feeling of belonging and showed that we are proud of the company,” explains Helms. And one other thing at Drees & Sommer in Berlin contributes to that sense of homeliness: kitchen tiles like you would see at grandma’s.