London is at a crossroads. Engulfed by political turmoil as politicians struggle with their European counterparts to strike a Brexit deal, businesses are fearful for what a post-Brexit world will hold. And as some players decide to sit the uncertainty out, the big question is: can a post-Brexit property market continue to entice investors or is the industry preparing for a cliff edge?

London’s office market has undergone a seismic shift in the past year which, surprisingly, is not entirely down to Brexit. Rather, the influx of Chinese capital into Europe’s most popular investment city has been largely responsible for the changing investment landscape and will, equally, re-shape the market once again as the effect of tighter capital controls from China is felt.

“Chinese investors have acquired around £7 billion in central London so far this year,” says Joe Valente, Head of Research and Strategy in Europe at JPMorgan Chase in London. “To date, rents have been underpinned by the weight of capital from China, which has created an artificial market because they are prepared to pay a premium of 100 basis points to buy in the City of London, which creates a vacuum. However, capital controls from China could change that. The question is whether capital comes from another source to replace Chinese capital, but I don’t think it will.”

Chinese investors have acquired a number of sizeable properties in London in 2017, including Hong Kong food conglomerate Lee Kum Kee’s £1.28 billion acquisition of 20 Fenchurch Street – the 34-storey skyscraper known as the Walkie Talkie – marking the UK’s biggest ever single office sale. Also, in March 2017, British Land and Oxford Properties sold the ‘Cheesegrater’, the tallest building in the City of London at 224 m, to CC Land, a Hong Kong-based company controlled by Cheung Chung-kiu for £1.15 billion.

If Chinese investment recedes, as many expect, and occupiers become more risk-averse, London’s office market could take a hit, Valente warns. “I think rents will fall and values will be impacted as a result,” he says. “I think prices will fall by 100 to 125 basis points for offices in the City of London. It won’t happen overnight, but we should start to see it by mid-2019. Combined with new construction and workers moving to Europe, we will have an oversupply of offices, so vacancy rates are likely to rise from around 6 to 10 percent.”

Others agree: “The commercial property market in London is currently dominated by Asian capital,” says Martin J. Brühl, Member of the Management Board at Union Investment Real Estate GmbH and responsible for Investment Management International. “There is a lot of capital on the sidelines, but it probably won’t replace Asian flight capital.” Some experts, however, are more optimistic. “The weird thing is: who’s not a fan of London at the moment?” asks Mat Oakley, Head of European Commercial Research at Savills in London. “Domestic investors put too much emphasis on Brexit, whereas international investors might think that Brexit is risky. But, as far as Asian investors are concerned, it’s still less risky – and cheaper – than their home market.” His colleague, James Goldsmith, Director of Central London Markets at Savills, agrees: “Asian investment hasn’t slowed yet. We go on regular trips there and every time we go, there’s a ready supply of investment. The majority of bidders on deals in London this year have been Asian and one of them has come out on top.”

Predictably, some European cities are gearing up to welcome firms, particularly in the financial services sector, looking to move some of their staff out of the UK post-Brexit. Frankfurt, in particular, is one of the cities in pole position to benefit. It was also announced in November 2017 that the European Medicines Agency – which is responsible for the scientific evaluation, supervision and safety monitoring of medicines in the EU – will relocate to Amsterdam from London and that the European Banking Authority will move to Paris.

According to Ernst & Young’s latest EY Brexit Tracker, which was published in October 2017, 28 out of the 222 companies surveyed are moving staff and operations or considering moving out of the UK as a result of Brexit. Popular locations include Frankfurt, Dublin and Luxembourg. Twelve companies have confirmed that they are moving staff to Frankfurt, according to the quarterly tracker. 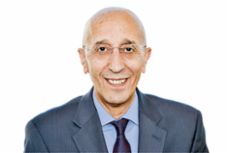 I think rents will fall and property values will be impacted as a result.

Post-Brexit, many investment banks will choose Frankfurt over London as their European hub, for several reasons, including the close proximity of the ECB, analysts say. Moreover, if a bank manages less than €30 billion of assets, it is not accountable to the ECB, which makes Frankfurt and also France, which has the same system, attractive. HSBC’s Chief Executive Stuart Gulliver has said that about 1,000 of HSBC’s 43,000 jobs in the UK will probably move to mainland Europe, underscoring comments made earlier this year by JPMorgan Chase head Jamie Dimon, who intends to increase the number of staff at JPMorgan Chase’s Frankfurt office.

The Bank of England’s worst case scenario is believed to be a loss of 75,000 jobs over the next three to five years and it is working on that basis. However, many lenders are staying put: Deutsche Bank has signed a lease for at least 43,500 square metres at 21 Moorfields, a site under construction in the City of London. UBS has revised its figures downwards, saying it will now move 250 jobs to the continent, rather than the 1,000 jobs it initially predicted. Also, contrary to popular opinion, financial services do not account for the majority of jobs in London: around 380,000 of London’s 2.2 million jobs are in financial services, which are outstripped by the tech sector, with almost half a million jobs.

"All these weird and wonderful figures need to be treated with a good pinch of salt,” says Valente. “None take into account the effect of a more conducive regulatory environment for international capital. And none take account of the potential gains for London from expansion in Asia, for example.” Besides, at this stage, it’s impossible to know just how many staff might relocate elsewhere. “

Firms are preparing to move elsewhere, but it’s hard to know how many will move,” says Rob Wilkinson, Chief Executive Officer of fund manager AEW Europe. “If it was 30,000 to 40,000 people, or around 10 percent of the market, that doesn’t sound unreasonable. We’d see a bit of softness, and values in the City could fall by 10 percent over the next couple of years.”

Developers are powering ahead nonetheless. Around 370,000 square metres of office space is due to be completed per year in 2018 and 2019, according to Oakley at Savills, space that is already 39 percent pre-let. “Companies are worried about a lack of supply in a few years’ time, so they’re more willing to pre-let and to sign longer leases now,” he says. “That said, of course Brexit has increased occupational risk and some people’s attitude to risk has changed as a result. It’s also possible that next year developers or lenders will change their mind about projects and put them on hold until the Brexit situation is more clear.”

However, the strong pre-let aspect to new developments could be the market’s saving grace, according to Melanie Leech, CEO of the British Property Federation. “Most office announcements since the referendum have had a strong pre-let component" she points out. "I don’t think things will get more uncertain about Brexit over the next 18 months than they are already. I just don’t think we’ll get more speculative projects.” 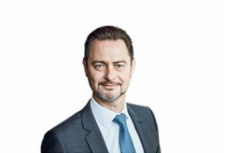 We are continuing to search for investment opportunities, but we want to see some risk premium.

For now, the market remains buoyant. According to Savills the total volume of commercial real estate transactions in central London during 2017 amounts to more than £19 billion and thus 20 percent higher than in the previous year.  The highest annual turnover was reached in the banking district, the City of London, where the volume of real estate transactions amounted to £12,6 billion. The market was driven by  foreign real estate investors which showed more activity than ever before.

In the City of London, 77 percent of all investments in 2017 had been international according to Savills, suggesting that many investors are taking advantage of the cheap pound. "UK real estate, particularly prime assets with strong income streams in the capital, continues to appeal to a broad spectrum of international investors while outside this sphere of interest there is also demand from a broad professional investor base so long as properties are priced correctly,” says Stephen Down, Executive Director and Head of Central London Investment at Savills.

However, some investors now expect a risk premium to invest in London: “Brexit has affected our investment strategy to the extent that we are, more than ever, seeking long and safe cash flows,” says Martin J. Brühl, Chief Investment Officer at Union Investment Real Estate. “These will be able to bridge any troughs of disillusionment in the commercial property market that might occur before the UK readjusts to its post-Brexit reality." Union Investment will continue to search for opportunities in London and the regional markets, he adds. "But we want to see some risk premium. We believe that our investors deserve a reward for Brexit, especially if it is a disorderly one.”

The GfK consumer confidence index fell by 1 point to -13 in December 2017, worse than market expectations of -12. Consumers are increasingly worried about household finances an job security, according to a new survey by the Centre of Economics and Business Research and YouGov, which suggests that Brexit is already starting to take its toll.

Invariably whatever form Brexit takes, especially if it is a ‘hard’ Brexit, it is likely to be divisive and messy, which will, invariably, trickle down to the economy and businesses, including the commercial property sector. For now, “some investors will still look to acquire assets given the devaluation of the pound, but more sophisticated investors will sit on the sidelines until the market stabilises,” Valente says.

However, the general consensus is that London and the UK have so much going for them that they will adapt to Brexit. There’ll be pain, but we’ll come out on the other side.” Brexit will be “a long and probably painful process that draws to some agreement but the implications of which may not be immediately clear”, Wilkinson says. “However, since the last financial crisis, year after year, we have had these tricky events in the world, but markets have learnt to cope with this and the economic fundamentals remain quite robust, even in the UK.” In all likelihood, capital values and rents in the City of London will fall post-Brexit. But how long the market stays down is still anyone’s guess.