The press hailed the Elbphilharmonie, which was inaugurated at the beginning of the year, as “Hamburg’s hall of wonders”. In fact, many people thought that, after years of the project being delayed and overshooting its budget, it was nothing short of wondrous that the building was able to open its doors to the public at all and that Hamburg now has a concert hall with outstanding acoustics and world-class architecture. On the other hand, as one disastrous announcement followed another over the years, property experts had long since ceased to be surprised. “We would never have had all this trouble if they had only used BIM,” was the philosophical opinion voiced.

BIM stands for Building Information Modelling and is a new, transparent and networked 3D design tool. What is special about it is that buildings are first of all completed as computer models in a multi-stage process that incorporates all the trades. Only then does construction begin. This digital prototype contains all the information about the building: the floor plans, fixtures and fittings, materials used, the various building phases, schedules, costs and all the tradespeople and companies involved.

“All the possible options – with costs and timing – can be simulated at an early stage of the design process. This makes it possible to identify any potential sources of risk and minimise interfaces between the different trades,” says Peter Liebsch, Head of Digital Tools at Drees & Sommer AG. “Building it twice” insiders call it. And they even talk of building in a “fourth and fifth dimension”, because BIM not only produces a three-dimensional model, it is also the first tool to make it possible to continually review timings and costs – which from time immemorial have been the most sensitive and conflict-ridden aspects of building – in a transparent way. Most of the problems experienced with the Elbphilharmonie or the Berlin-Brandenburg airport could no doubt have been avoided with BIM.

stands for Building Information Modelling, a new, transparent and networked method of designing in 3D If the system takes time and cost into account, experts speak of a fourth and fifth dimension.

But BIM is far more than a computer programme for simulating a building in 3D during the design stage. BIM is about new ways of managing projects – and the industry is already talking about a radical culture change. It is a change not just for architects, designers and the construction industry. It will also be a challenge for clients and users who will have to define very precisely what they want from a building before the first sod is cut. And that is new. It is new because until now the modus operandi in the design and building process was top down, whereas it will now be bottom up. To put that in vastly simplified terms: in the past, the architect/designer would talk to the client/investor and then come up with proposals which the investor would agree to. The construction phase would then start. By contrast, with BIM-enabled processes the design – of functional buildings such as hospitals, for instance – is not just in the hands of specialists in the building industry. Users can also be brought into the process. To stick with the example of a hospital: at the beginning of the design process, doctors, nurses, and administrators also feed in information, along with their experience and ideas, about what goes into making a well-functioning medical facility. An example of this would be ensuring that the rooms where surgical instruments are sterilised are not too far away from the operating theatre.

Interfaces play an important role in making sure everything runs to plan. Ultimately everything has to be coordinated – before and also during construction. And here there are still all manner of obstacles to be overcome. “Everyone involved in a project – and that includes architects, structural engineers, building services engineers and all other engineers – will have to be far more disciplined than they were in the past and will have to step up to the plate and resolve technical problems,” says Dirk Druschke, architect and CEO of Duisburg-based architects practice Druschke and Grosser. The firm is in the process of switching to BIM and his team is undergoing appropriate training. Because Druschke is certain of one thing: BIM is set to become standard practice.

of German architects work with BIM.

It already is standard practice in the United States. Years ago, two projects – the Disney Concert Hall (built in 2003) and the Denver Art Museum (2006) – piloted the introduction of BIM. “Whereas at the beginning the results fell a long way short of expectations, processes in the second project were optimised with considerable success,” says Jan Reinhardt. Today BIM is a reality in all types of construction project: whether large or small, complicated or simple – no one in the United States would consider giving up the advantages of exact design and more efficient construction, says the Principal of Adept Project Delivery, a Philadelphia-based consultancy specialised in BIM.

By contrast, BIM is still in its infancy in Europe – with the exception of the United Kingdom. Drees & Sommer’s BIM manager, Peter Liebsch, thinks the fact that the Anglo-Saxon countries are out in front on this stems from the difference in the way structures have historically evolved and from the difference in their attitude to data and open data platforms. “In the United States and Australia, for example, people do not see data protection as the most important aspect when it comes to web-based projects. In Austria, Germany and Switzerland, on the other hand, open platforms and cloud solutions tend to be viewed more critically,” says Liebsch. And so it’s no wonder that many companies in Germany are immobilised in the face of the digital revolution – like rabbits caught in the headlights.

It is not possible to build housing cost-effectively without standardised, digital processes.

“No one has a clue, but everyone is doing BIM,” says engineer and architect Wolfgang Zimmer of the Essen-based architectural practice Koschany + Zimmer Architekten (KZA), who has written numerous reference works on BIM. Basically everyone is convinced it is a good idea to work with computer-aided design models. But just how to do this often has a large question mark attached to it. A not insignificant part of the uncertainty is the cost factor. Hardware, software and training cost several thousand euros per employee, and the time people need to become familiar with the system also has to be factored in. “It’s not just a matter of pressing a button. You have to allow six months per employee,” says Zimmer. In his own company, all 40 designers in the 60-strong workforce have switched to 3D software.

It is currently hard to say to just what extent BIM has established itself in the German construction and property sector. There are no figures here. “We know from surveys that about 15 percent of German architects are currently working with BIM in varying degrees,” says Zimmer, who is active in the BIM expert group within the Federal Chamber of German Architects (BAK), which has its head office in Berlin. The number of architects who want to treat every building as a one-off and design and build it on that basis is decreasing noticeably. The Berlin-based CG Gruppe, which is currently carrying out housing projects throughout Germany worth €1.8 billion, intends to be on top of the digital revolution by the end of the year. “I believe that it is no longer possible to build housing cost-effectively without standardised, digital processes,” says CG’s boss, Christoph Gröner.

A new office build in Amsterdam – head offices for Stibbe law firm – has also given Union Investment Real Estate GmbH a taster of what working with BIM is like. “We were able to use a 3D model to track the construction progress on a daily basis, right down to the smallest building element,” says Bent Mühlena, Head of the Real Estate Project Management Department. In the case of this project, an external BIM manager – a general contractor with their own construction department – was responsible for bringing all the different threads together. “But we are well aware that we are going to have to develop in-house capacities here, especially in the IT and project management departments,” Mühlena continues. Ultimately, at some point every building is completed and then all the data from all the different departments have to be available so that they can be passed on to the Asset Management Department, for example. 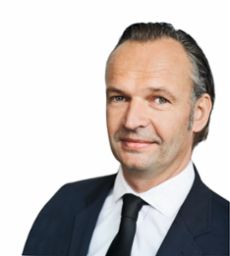 We have to develop in-house BIM capacities, especially in the IT and project management departments.

A new era of transparent buildings

BIM-based buildings offer massive advantages over conventional buildings, especially in the operating phase when it comes to repairs, maintenance and conversion work – even just in terms of the vast amount of available information. For example, data on every building component used is stored in the system, something experts call “attribution”. If a window needs fixing, the property manager just scans the barcode with their smartphone to instantly find out the window’s age, series and manufacturer and the price paid for it. Data is even stored on how much CO2 was produced in the process of manufacturing it. “And then I just have to press a button to order a replacement window,” says Mühlena, brimming with enthusiasm for “transparent buildings.”

But any BIM model is only as good as the data it contains, he stresses. And the systems that everyone needs to access have to be compatible with one another. However, a look at the countries where BIM is well established shows that there are different ways of organising the platforms. In the United States and the United Kingdom what are known as closed BIM environments have become the norm; everyone involved in the project works on a single platform with the same software.

By contrast, most European countries use open BIM platforms. Each of the authorised companies involved in the project is free to choose which software to use. But that does not always run smoothly as became clear in the initial pilot projects. “If there is a choice of many different data formats, users have to agree on the lowest common denominator for sharing data. This can cause loss of information during the design process,” says Drees & Sommer’s expert Peter Liebsch, talking of his experience. There has to be harmonisation across IT systems – and, of course, the same is true for the project partners.